Well, maybe not. We’re all familiar with absenteeism. “Bob is out sick today.” He’s not here, so don’t expect any production from him. Management understands that unless the other workers pick up Bob’s production, output will be down today by one Bob.

But what about presenteeism? Bob’s here at work – see, that’s him over there – but, is he actually being productive right now, or is he really trying to figure out how to pay for a new transmission for his car?

Absenteeism is usually regarded as a problem; presenteeism usually is not.

However, as David Kilby points out in his book, The New Productivity Engine, presenteeism costs Americans more business productivity loss than employees who are absent. He cites Daniel Sitter, author of Learning for Profit: “Presenteeism accounts for 61 percent of an employee’s total lost productivity and medical costs.”

We see the problem when workers are absent. Presenteeism is probably not seen as much of a negative,

According to a 2004 article in the Harvard Business Review, more time is lost from people showing up but not performing at full capacity, than from people staying home. Sitter also states that forty-nine percent of employees lose productivity at a rate of one hour or more per day due to stress, and that one-fifth of employees come to work more than six days a year when they’re too stressed to be effective.

A major cause of stress at work is sudden personal financial problems, David Kilby says in his book. He calls it “a financial heart attack!” A 2014 survey by American Express found that half of all Americans had experienced an unforeseen expense in the past year – some of which could be considered an emergency.

Not having enough emergency savings for unexpected expenses was the top financial concern for half of U.S. workers, according to a 2014 PricewaterhouseCoopers Employee Financial Wellness Survey. And, not surprisingly, workers agreed that dealing with the situation was stressful. Further, they found that the stress negatively impacted their performance at work.

Though the outlook seems grim, there is a ‘win-win’ solution, according to Kilby in his book. He quotes a CFPB report: “Fortunately, it appears employers may be able to provide their employees with the help they seek while helping their own bottom lines.”

In the today’s recruiting environment, where good employees are becoming increasingly difficult to find and retain, a financial wellness benefit can provide solutions with positive monetary returns on the investment,

One quote from Kilby’s book bears repeating: “Forty-six percent of employees spend, on average, two to three hours per week during work hours dealing with their personal finances rather than the work at hand.”

“What could you do with this money?” he pointedly asks the reader.

I’m here, and I really am working.

As Kilby repeats often in The New Productivity Engine, “Financial wellness is a ‘win-win’ for everyone.”

“A sound financial wellness program as an employee benefit offers a number of paybacks for employers,” Kilby says. He cites increased productivity as just a beginning. Additional benefits include increased employee satisfaction, loyalty, commitment and retention.

The costs of replacing an entry level employee exceeds $12,000, according to many reports. The cost of replacing a mid-level worker can be over $24,000, while a senior person can cost over $36,000 to replace. 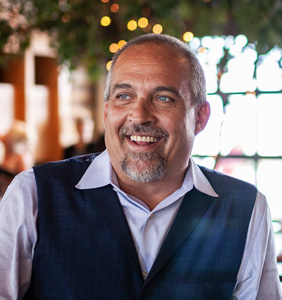 David Kilby has been president of FinFit since it was founded in 2008. He has grown the company from a single idea into the nation’s leading Financial Wellness Benefit platform, servicing over 150,000 clients. Prior to FinFit, David led a multimillion-dollar financial holding company where he was inspired to find ways to help employees improve their financial health. He is committed to helping employees succeed today, and prepare to live healthier, more productive, financially stable lives.

Get in touch with him – he’d love to talk to you about your company, your employees and how he can help.

FinFit Loans are issued by Celtic Bank, a Utah-Chartered Industrial Bank, Member FDIC. Loans subject to credit approval. Residents of Colorado, Connecticut, Iowa, Vermont, West Virginia, Nevada and Massachusetts are not eligible for loans. Nothing in this advertisement constitutes an offer or solicitation for loan products to residents of those states. Actual time it takes for loan approval dependent upon loan verification set up with your employer.

Wage Now is fully funded and managed by an affiliate of FinFit. If any fees apply, those fees will be disclosed prior to entering into any agreements.
Residents of California, New York, North Dakota, South Dakota, Tennessee and Vermont are not eligible for WageNow. This does not constitute an offer or solicitation for WageNow to residents of those states.

FinFit’s Financial Wellness Program, which includes educational content, a financial assessment and a financial dashboard, are free to registered members.
Services offered may incur fees and/or interest. All fees will be disclosed prior to entering into any agreements.
Products listed are a representation of FinFit offerings. Actual availability may vary. The products available to you and your organization will appear on your FinFit membership dashboard. Actual loan amounts and rates offered vary based on lender, credit worthiness and other factors.